Gnochi Gleeman is not like other entertainers. Because of his expansive knowledge of pre-apocalyptic Earth, the stories he tells are valued well beyond the flashes of an illuminator, or the spheres of a juggler. Gnochi spent the first decade of his career telling stories while traveling between taverns, inns, and any hole-in-the-wall which would feed him.

Cleo, a young teen from across the ocean, flees from her chaperone into the woods of an unknown land. During her first months journeying through eastern Lyrinth, she discovers something life-changing about herself. With that discovery comes the knowledge that her life is in grave danger.

Despite a love for the open road and a thrill for telling new audiences about the lost age, Gnochi chooses to retire and focus on curating his family’s hidden library of first-age texts. But the fates would not grant Gnochi the boon of a peaceful retirement. Not long after settling down, he learns that his sister and niece have been kidnapped, and in order to free them, he must assassinate the land’s ruling monarch.

On the path to murder, Gnochi runs into Cleo and the unlikely duo seek safe passage to the Lyrinth’s capital among the dilapidated tents of a traveling menagerie.

All the while, people across the world are beginning to prepare for the once-in-a-decade winteryear. These winteryears, one of the echoes of the first age still present in the current world, have been ravaging the Earth since it awoke from its eternal winter and recovered from its near destruction thousands of years ago. Will proper preparations be taken before the Earth is blanketed in its yearlong snow? 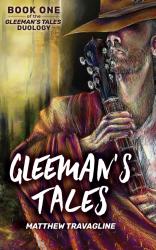