Typical Belgian Dishes: Where To Eat This Food: Belgian Foods To Try (Paperback) 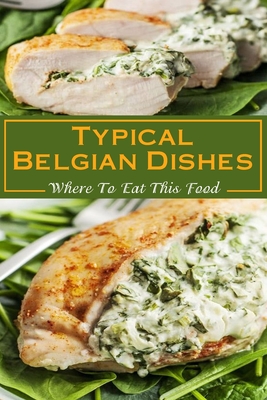 Outside the country, Belgium is best known for its chocolate, waffles, fries, and beer. Though Belgium has many distinctive national dishes, many internationally popular foods like hamburgers and spaghetti bolognese are also popular in Belgium, and most of what Belgians eat is also eaten in neighboring countries.
Belgian cuisine is so widely varied because they have differences by region, and also because their neighboring countries include Germany, the Netherlands, and France. Belgians are said to have German cuisine's serving sizes with French attention to detail.