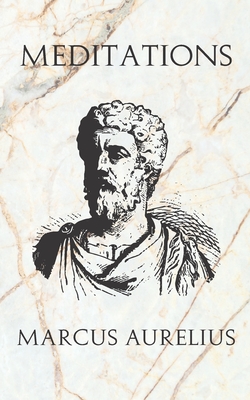 By Marcus Aurelius
$7.99
Email or call for price.

Marcus Aurelius was Emperor of Rome from 161 to 180 AD. He governed over a golden era of the Roman Empire. Despite being an emperor Marcus had a difficult life. Marcus ruled as a philosopher king, he practiced Stoicism and wrote about his own Stoic practice in his journals. Meditations is considered one of the pillars of western philosophy and literature. It is also a rare primary source into the mind of a man who ruled over one of the greatest empires built by man.

Marcus Aurelius was born in 121 AD, and died in 180 AD. He ruled as the Emperor of Rome from 161 to 180. Marcus' reign was prosperous, it was considered a golden era. 'Meditations' is a collection of his personal writings. It is considered a classic of western philosophy and literature.