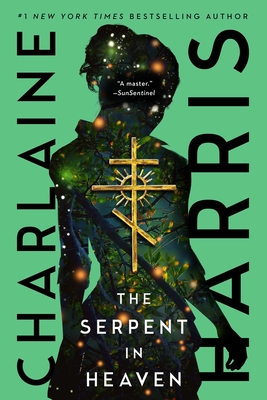 This is book number 4 in the Gunnie Rose series.

#1 New York Times and USA TODAY bestselling author Charlaine Harris returns to her alternate history of the United States where magic is an acknowledged but despised power in this fourth installment of the Gunnie Rose series.

Felicia, Lizbeth Rose’s half-sister and a student at the Grigori Rasputin school in San Diego—capital of the Holy Russian Empire—is caught between her own secrets and powerful family struggles. As a granddaughter of Rasputin, she provides an essential service to the hemophiliac Tsar Alexei, providing him the blood transfusions that keep him alive. Felicia is treated like a nonentity at the bedside of the tsar, and at the school she's seen as a charity case with no magical ability. But when Felicia is snatched outside the school, the facts of her heritage begin to surface. Felicia turns out to be far more than the Russian-Mexican Lizbeth rescued. As Felicia’s history unravels and her true abilities become known, she becomes under attack from all directions. Only her courage will keep her alive.

Charlaine Harris is a New York Times bestselling author who has been writing for over thirty years. She was born and raised in the Mississippi River Delta area. She has written four series, and two stand-alone novels, in addition to numerous short stories, novellas, and graphic novels (cowritten with Christopher Golden). Her Sookie Stackhouse books have appeared in twenty-five different languages and on many bestseller lists. They’re also the basis of the HBO series True Blood. Harris now lives in Texas, and when she is not writing her own books, she reads omnivorously. Her house is full of rescue dogs.

“An entertaining addition to a consistently fun series.” —Kirkus

"There is rarely a dull moment. Fans of Harris’s daring heroine will be pleased to accompany her on her latest adventure.”—Publishers Weekly

“A gripping, twisty-turny, thrill-ride of a read."
— -- Karin Slaughter,

"When a master of her craft offers to tell you a story, let her. The results are dazzling."
— – Seanan McGuire,