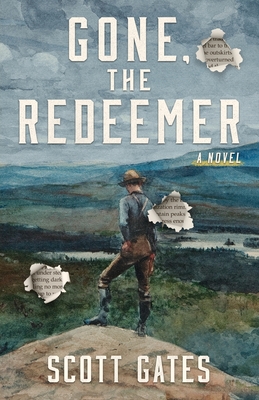 Thomas Sparkman wasn't looking for trouble. He never could have imagined being on a wanted poster, let alone becoming a notorious gold robber hunted in two states.

But when Thomas sneaks off the Cuban front of the Spanish-American War with his sights set on returning home to California, where his wife is expecting their first child, his path takes a series of unexpected turns. He's joined on his journey by a mysterious mercenary, a runaway circus sideshow performer, and an Apache guide and her infant son.

As the group traverses the American West, they cross paths with rogues, loners, and hired guns-some searching for their own form of redemption, some working to stop Thomas and his travel companions dead in their tracks.

Thomas must stay two steps ahead of his pursuers, outwitting them at every turn, or he may never see home again.

"An enduring tale shot through with poetic description and heart-pounding action. The ensemble of entertaining characters will steal your heart as they journey across the wild and vivid landscape."
– Heather Bell Adams, author of The Good Luck Stone and Marantha Road

"Gates perfectly crafts a story with that magical balance of gorgeous sentences worth savoring, and a plot so electric one can’t stop turning pages."
– Meagan Lucas author of Songbirds and Stray Dogs and editor of Reckon Review