Townies: And Other Stories of Southern Mischief (Paperback) 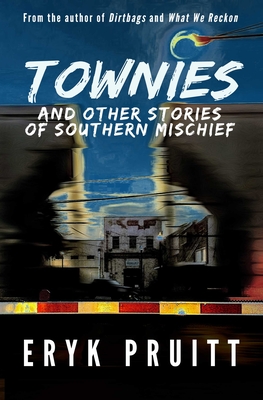 A collection of riveting, funny, and captivating southern fried crime stories from Eryk Pruitt, one of the best new crime fiction writers working today. Townies, and Other Tales of Southern Mischief collects, for the first time, Pruitt's short fiction in a single volume.

The title story, Townies, details what really happened one night, after hours, in a once popular East Texas sports bar, and the sinister revenge that would soon follow.

Knacker, the story of a Texan who finds himself homeless in Dublin, Ireland, and willing to sacrifice damn near anything to scratch together what remaining pride he may have lost.

In A Lot Prettier (When You Smile), we are introduced to a woman who can wrap any man around her finger and decides to put that powerful skill to use one last time.

When a black sheep son comes home to his sick momma's deathbed in The Only Hell My Momma Ever Raised, he discovers long lost family secrets, as well as how he can use his own set of skills to give her a proper send off.

When Old Man McCarthy turns up dead in the bottoms of Blood Holler, a cursory investigation turns up an unlikely suspect, which barely scratches the surface of the true implications of the brutal crime.

These and other stories will have you turning the pages to read more of one of the most unique voices in southern fiction.

Eryk Pruitt is a screenwriter, author and filmmaker. He wrote and produced the short film FOODIE which went on to win eight top awards at over sixteen film festivals. His short fiction has appeared in The Avalon Literary Review, Thuglit, Pulp Modern, and Zymbol, among others, and he was a finalist for the Derringer Award. He is the author of the novels DIRTBAGS, HASHTAG, and WHAT WE RECKON, all available from Polis Books. He is the host of the popular true crime podcast: The Long Dance. He lives in Durham, NC with his wife Lana and their cat Busey. Follow him at @ReverendEryk.