Where Your Treasure Is (Paperback) 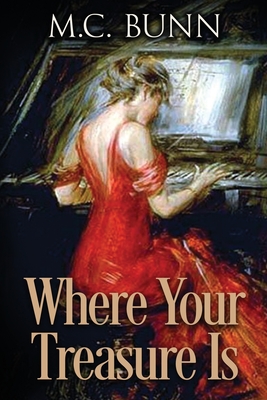 Winifred de la Coeur was not a traditional beauty, but she was one of a kind.

Winifred is a feisty, independent-minded heiress who bridles against the strict rules and conventions of Victorian London society. When she gets caught up in the chaos of a bungled bank robbery, she is thrust unwillingly into an encounter with Court Furor, a reluctant getaway driver and prizefighter.

Winifred and Court are two misfits in their own circumscribed worlds-the fashionable beau monde with its rigorously upheld rules, and the gritty demimonde, where survival often means life-or-death choices.

Despite their conflicting backgrounds, they fall desperately in love while acknowledging the impossibility of remaining together. Returning to their own worlds, they try to make peace with their lives until a moment of unrestrained honesty and defiance threatens to topple the deceptions they have carefully constructed to protect each other.

A story of the overlapping entanglements of Victorian London's social classes, the strength of family bonds and true friendship, and the power of love to heal a broken spirit.