My Captivity Among the Sioux Indians: the Ordeal of a Pioneer Woman Crossing the Western Plains in 1864 (Paperback) 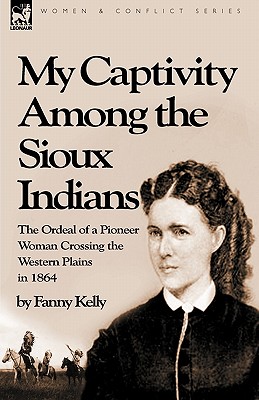 An amazing account of the survival of an American lady among hostile Indians This is a remarkable story of one woman's ordeal and a testament of extraordinary feminine endurance. Mrs Kelly was one of a small party of emigrants who were attacked by a large force of Sioux warriors during which a large proportion of the party were killed. Travelling with her husband close to the Black Hills when the attack occurred, Fanny's husband miraculously effected his escape agonised by the knowledge that his wife and child were, at best, prisoners. Fanny Kelly's captivity lasted for five months. This is her account of that time and of her husbands efforts, in concert with the Iowa Cavalry, to rescue her. A fitting addition to the Leonaur 'Women in Conflict' series available in softcover and hardcover with dust jacket for collectors.