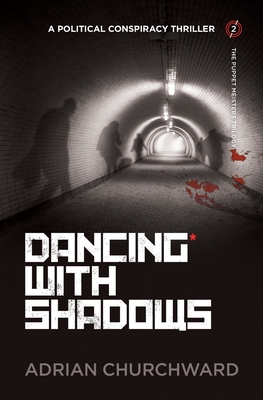 This is book number 2 in the Puppet Meisters Trilogy series.

A high stakes frame job. International intrigue. Will this upstanding advocate for the underdog find himself six feet under?

Human rights lawyer Scott Mitchell's idealism is in tatters. Already disillusioned by run-ins with corrupt agencies, he's framed for laundering $250 million for the Chechen mafia. But when MI6 offers to fix everything in exchange for spying on a Russian oligarch, his strong moral compass forces him to refuse the dirty deal.

Fired from his lucrative job and vilified on social media, Mitchell heads to Budapest in search of clues to clear his name. But when he uncovers a treacherous web of lies which takes him to Moscow, he becomes trapped in a power play that could cost him his life...

Can Mitchell extract himself from a tightening noose before he's strung up for good?

Dancing With Shadows is the riveting second book in The Puppet Meisters political conspiracy trilogy. If you like desperate heroes, byzantine conspiracies, and breathtaking twists and turns, then you'll love Adrian Churchward's roller coaster thrill-ride.