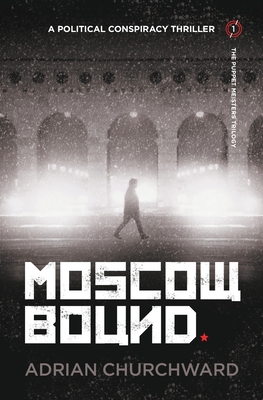 This is book number 1 in the Puppet Meisters Trilogy series.

He fights for the powerless. Can he win when his enemy is the Russian state?

Human rights lawyer Scott Mitchell believes no one - not even the government - is above the law. Fresh off winning a war crimes case against the Kremlin, he's approached by a beautiful Russian woman begging for help finding her father hidden in the Gulags. And when she narrowly escapes a brutal car bombing, Mitchell senses bad actors already have her in the crosshairs and jumps into action.

As the two stumble upon disturbing clues, an old photo and dead bodies, they are continually thwarted by a powerful GRU officer. And when his client and her baby vanish, Mitchell fears she's become a pawn in a Cold War secret that could bring them both to an untimely end.

Can the idealistic lawyer rescue the woman and her missing parent before he's the next to disappear?

Buy Moscow Bound to unravel a web of lies today