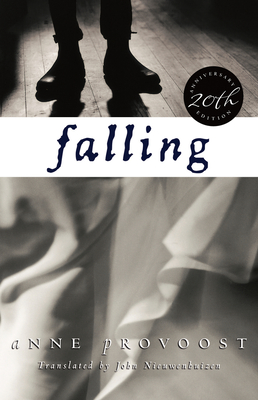 Falling in love. Falling under the influence. Falling into temptation. Falling ill. Falling apart. Falling from grace. Lucas had no idea there were so many painful ways to fall. Through a long summer of oppressive heat and suspense, Lucas becomes aware of many things he does not understand. What can his grandfather have done during the war to provoke such hostility in his own hometown? Why is there growing crime and tension in the neighborhood? What is his attitude to immigrants and refugees? How should he respond to his new friend, Benoit, whose arguments confuse and compel him, or to Caitlin, with her enigmatic ways and her beautiful, sad dancing? And how should he act when the crisis comes? A deep, disturbing book about the inexorable influence of the past on the present, the seductive power of extreme nationalism and racism, the complexities of moral and political choice, and the gulf between intentions and consequences. First published in Belgium, Falling has won five major literary awards and been translated into many languages.

Anne Provoost is the author of In the Shadow of the Ark. Falling has been made into a feature film. She is a member of the Royal Academy of Dutch Language and Literature and a member of PEN. John Nieuwenhuizen has previously been awarded the NSW Premier's Translation Prize and PEN Medallion. In 2015 he was recognized with an IBBY Australia Honour Book award for Translation for his translation of Nine Open Arms.