We Are Owed. (Paperback) 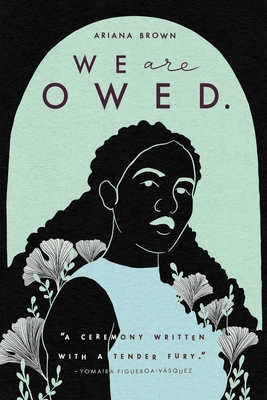 We Are Owed. is the debut poetry collection of Ariana Brown, exploring Black relationality in Mexican and Mexican American spaces. Through poems about the author's childhood in Texas and a trip to Mexico as an adult, Brown interrogates the accepted origin stories of Mexican identity. We Are Owed asks the reader to develop a Black consciousness by rejecting U.S., Chicano, and Mexican nationalism and confronting anti-Black erasure and empire-building. As Brown searches for other Black kin in the same spaces through which she moves, her experiences of Blackness are placed in conversation with the histories of formerly enslaved Africans in Texas and Mexico. Esteban Dorantes, Gaspar Yanga, and the author's Black family members and friends populate the book as a protective and guiding force, building the "we" evoked in the title and linking Brown to all other African-descended peoples living in what Saidiya Hartman calls "the afterlife of slavery."