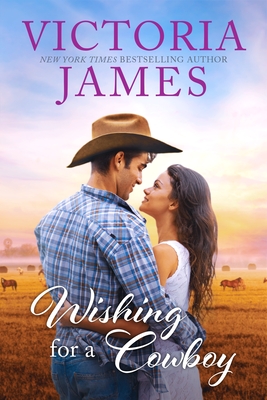 This is book number 3 in the Wishing River series.

Janie Adams has been a single parent to her nephew since he was a baby. Fifteen years later, she’s finally found out who his father might be, so the two of them travel across the country to find him. She’d do anything for this kid. But when they arrive in the small town of Wishing River, Montana, and Janie finally meets the ruggedly handsome cowboy she’d been told had abandoned his son, his shocked response changes everything.

Aiden Rivers can’t dispute this is his kid when he sees his own features staring back at him, but he had no idea Janie’s sister was pregnant when she left him. He didn’t even know she had a sister—clearly they’d all been lied to. Now he has fifteen years of fatherhood to make up for and no idea how to be a dad. This was never in his plans.

Janie sticks around to help him ease into parenting, everything from showing him how to lure a sulky kid out of his bedroom to keeping up with the latest teen-speak. Together, they surprisingly make a good team, this city girl and country boy. But when the past catches up with them, Aiden and Janie must decide what’s best for the boy who's connecting them, not only for each other…which could mean splitting them apart.

Each book in the Wishing River series is STANDALONE:
* The Trouble with Cowboys
* Cowboy for Hire
* Wishing For A Cowboy
* Mail Order Cowboy

Victoria James is a romance writer living near Toronto. She is a mother to two young children, one very disorderly feline, and wife to her very own hero. Victoria attended Queen’s University and graduated with a degree in English literature. She then earned a degree in interior design. After the birth of her first child, she began pursuing her lifelong passion of writing. Her dream of being a published romance author was realized in 2012. www.victoriajames.ca.