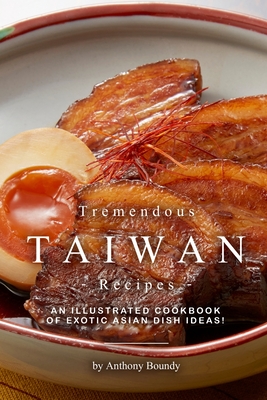 Why is Taiwanese cuisine becoming so popular all over the world?What is it about the dishes of Taiwan that makes people want to learn their recipes?Taiwan sits just about 100 miles from the coast of China, and that country has a dominant influence on the cuisine of Taiwan. There are also influences from Japan. The staple food of the island is rice, but they are also blessed with an abundance of seafood, fruits and vegetables. Mountains dominate the landscape of Taiwan, which has resulted in many people crowded into the non-mountainous areas, especially those close to the coasts. Taiwanese cuisine is very much influenced by its geography. The island is crowded, and there isn't a lot of extra land available for farming. Seafood has thus become a prominent part of their cuisine. They use many types of seafood, from sardines, grouper and tuna to cuttlefish, squid, crustaceans and anchovies. The dishes of Taiwan also commonly include chicken and pork. Beef isn't as common, and the many elderly (and some younger people) do not eat beef. Their cattle are vital in agriculture, and they are not killed as often as in other countries. That's been changing in recent years, so you'll see more beef in Taiwan recipes than there once was. Try some of these great recipes soon.