Tower of Mud and Straw (Paperback) 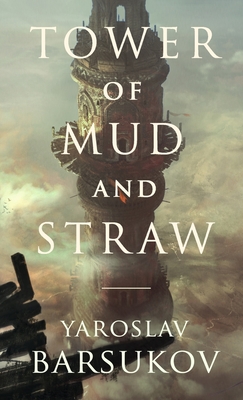 THE QUEEN RUINED HIS LIFE. HE WOULD DO ANYTHING TO RECLAIM IT... OR SO HE THOUGHT.

Minister Shea Ashcroft refuses the queen's order to gas a crowd of protesters. After riots cripple the capital, he's banished to the border to oversee the construction of the biggest anti-airship tower in history. The use of otherworldly technology makes the tower volatile and dangerous; Shea has to fight the local hierarchy to ensure the construction succeeds-and to reclaim his own life.

He must survive an assassination attempt, find love, confront the place in his memory he'd rather erase, encounter an ancient legend, travel to the origin of a species-and through it all, stay true to his own principles.

Climbing back to the top is a slippery slope, and somewhere along the way, one is bound to fall.