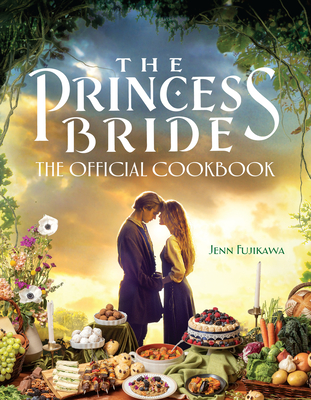 Few films have captured the hearts and imaginations like The Princess Bride. Based on the book by William Goldman, the 1987 film, directed by Rob Reiner and starring Cary Elwes, Robin Wright, Mandy Patinkin, Billy Crystal, Andre the Giant, Carol Kane, Chris Sarandon, Wallace Shawn, Christopher Guest, Fred Savage, and Peter Falk is as universally beloved as it is quotable.

Now, for the first time, The Princess Bride Cookbook: The Official Cookbook features more than 50 recipes for dishes seen in, and inspired by, the film, including:


Perfect for fans, families, and Brute Squads, The Princes Bride: The Official Cookbook is the ultimate way for home cooks to plate up the adventure, comedy, and romance of everyone’s favorite film.

Jenn Fujikawa is an author and content creator specializing in lifestyle and pop culture. She has created content for Disney, Lucasfilm, Marvel, Amy Poehler's Smart Girls, and more. Her recipes have been featured on Buzzfeed, LA Times, Food & Wine Magazine, and the cover of Food Network Magazine. Jenn was recently profiled in The New York Times, and is the author of The Official Parks and Recreation Cookbook, The Gudetama Cookbook, The I Love Lucy Cookbook: Classic Recipes Inspired by the Iconic TV Show, I Love Lucy: The Joys of Friendship, and the co-author of The Goldbergs Cookbook.