North Carolina Unionists and the Fight Over Secession (Paperback) 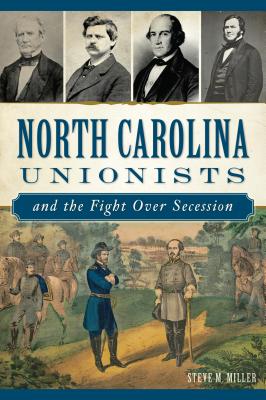 Before the Civil War, North Carolina was divided by the battle over secession. Some state leaders remained loyal to the Union because they saw the potential for compromise with Northern states. William Alexander Graham helped broker the Compromise of 1850. John Motley Morehead and Jonathan Worth led the campaign against secession in early 1861. Most continued to serve their state under the Confederacy. Although Zebulon B. Vance opposed secession, he served in the Confederate army and as governor of the state during the Civil War. Historian and author Steve M. Miller tells the story of the Tar Heel Unionists who bravely fought to steer their state away from the disastrous future they foresaw.