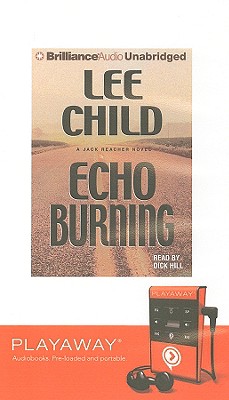 By Lee Child, Dick Hill (Read by)
Email or call for price.
Out of Print

Jack Reacher, hailed as "a wonderfully epic hero" by People, confronts Texan hatred and hidden crimes in this superb new thriller.
Ex-military cop Jack Reacher returns in this latest in the award-winning series critics call "spectacular" (The Seattle Times), "relentless" (Denver Post), and "perfect" (The New York Times Book Review).
Reacher is hitching through the heat of West Texas and getting desperate for a ride. The last thing he's worried about is exactly who picks him up.
She's called Carmen. She's a good-looking young woman, she has a beautiful little girl . . .and she has married into the wrong family. They're called the Greers. They're a bitter and miserly clan, and they've made her life a living hell. Worse, her monster of a husband is soon due out of prison. So she needs protection, and she needs it now.
Lawyers can't help. Cops can't be trusted. So Reacher goes home with her to the lonely ranch where nothing is as it seems, and where evil swirls around them like dust in a storm. Within days, Carmen's husband is dead - and simmering secrets send Echo, Texas, up in flames.