Lady Eugenist: Feminist Eugenics in the Speeches and Writings of Victoria Woodhull (Paperback) 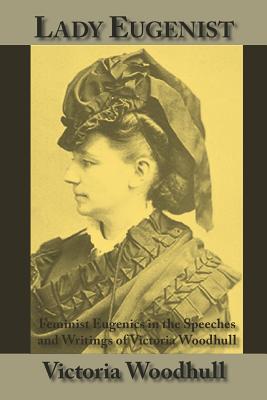 Francis Galton is said to have founded eugenics with an 1864 magazine article. But a single article does not make a movement and Galton, by his own admission, did little to promote the idea before 1901. This book demonstrates that eugenists have given us an inaccurate history of their movement, assigning credit to Galton, the eminent half-cousin of Charles Darwin, when the real credit belongs to a woman who was perhaps the most radical nineteenth-century American feminist. That woman was Victoria Woodhull, the first woman to run for U.S. President and, with her sister, the first woman stockbroker on Wall Street. This book contains all her major speeches and writings on eugenics to demonstrate that she was the first of either sex to take to the road and, in hundreds of speeches across the U.S., champion the idea of creating a "perfected humanity" by breeding "perfect children." She even beat Galton in his own land, moving to England in 1876 and introducing eugenics there. Woodhull was not a shy about her role. The title for this book comes from the headline of a 1912 London newspaper article proclaiming her "Lady Eugenist." In 1927, shortly before she died, the New York Times would carry an article in which she praised eugenic sterilization and claimed to have "advocated that fifty years ago in my book Marriage of the Unfit.