Chicago Flashback: The People and Events That Shaped a City's History (Hardcover) 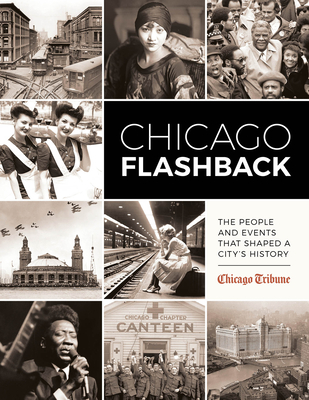 The devoted journalists at the Chicago Tribune have been reporting the city's news for 170 years. As a result, the paper has amassed an inimitable, as-it-happened history of its hometown, a city first incorporated in 1837 that rapidly grew to become the third-largest city in the United States. Since 2011, the Chicago Tribune has been mining its vast archive of photos and stories for its weekly feature Chicago Flashback, which deals with the significant people and events that have shaped the city's history and culture from the paper's founding in 1847 to the present day. Now the editors of the Tribune have carefully collected the best, most interesting Chicago Flashback features into a single coffee-table volume. Each story is accompanied by at least one black-and-white image from the paper's fabled photo vault located deep below Michigan Avenue's famed Tribune Tower. Chicago Flashback offers readers a unique perspective on the city's long and colorful history.