The House on the Borderland (Hardcover) 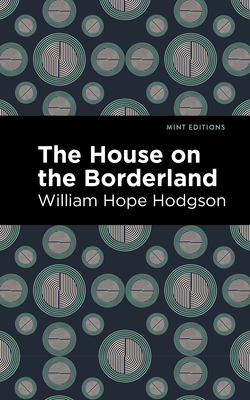 A house seemingly disconnected in time and space becomes the setting for brutal conflict between the hapless homeowner and a collection of grotesque semi-human creatures in this landmark of fantasy and horror.

The House on the Borderland is the account of a man, known only as the recluse, who moves into a remote and shunned house and unwittingly finds himself suspended between worlds, traveling through time, and fighting for his life against a siege of misshapen monstrosities. The author's sweeping imagination evokes a wide variety of fantastical effects, from eerie intimations of the weird to vivid manifestations of supernatural horror, from fabulous glimpses of otherworldly landscapes to direct combat with non-human assailants of murderous intent. First published in 1908, the novel quickly acquired a reputation as a rare and visionary example of cosmic horror that would influence and draw praise from H.P. Lovecraft, Clark Ashton Smith, Olaf Stapleton and others. As gripping and surreal as a fever dream, The House on the Borderland remains one of the most transporting destinations in literature./p>

With an eye-catching new cover, and professionally typeset manuscript, this edition of The House on the Borderland is both modern and readable.