The Way of Beauty (Paperback) 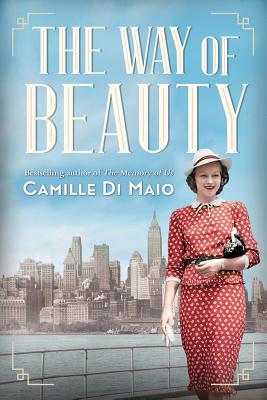 Hearts and dreams evolve in the shadow of the once-magnificent Penn Station.

Vera Keller, the daughter of German immigrants in turn-of-the-century New York City, finds her life upended when the man she loves becomes engaged to another woman. But Angelo Bellavia has also inadvertently opened up Vera's life to unexpected possibilities. Angelo's new wife, Pearl, the wealthy daughter of a clothing manufacturer, has defied her family's expectations by devoting herself to the suffrage movement. In Pearl, Vera finds an unexpected dear friend...and a stirring new cause of her own. But when Pearl's selfless work pulls her farther from Angelo and their son, the life Vera craved is suddenly within her reach--if her conscience will allow her to take it.

Her choice will define not only her future but also that of her daughter, Alice.

Vera and Alice--a generation and a world apart--are bound by the same passionate drive to fulfill their dreams. As first mother and then daughter come of age in a city that is changing as rapidly as its skyline, they'll each discover that love is the only constant.