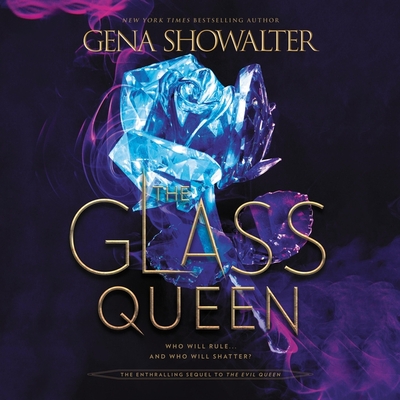 By Gena Showalter, James Fouhey (Read by), Caitlin Kelly (Read by)
$55.99
Email or call for price.

Dare to enter the Forest of Good and Evil, where strength is weakness and weakness is strength, in this magical, romantic, and fascinating series, in which the fairy tales we know and love are prophecies of the future.

﻿Princess Ashleigh Charmaine is known as the Glass Princess, fragile enough to shatter with a whisper of wind. Born with a weak heart, she dreams of being treated like anyone else. Unlike her headstrong sisters, she received no magical ability at birth and lives every day expecting to die. Until an oracle announces that Ashleigh is fated to play the part of Cinderella, wed a handsome royal and save the Kingdom of Sevon from the evil king and queen who once ruled the land.

As war rages, Ashleigh begins to doubt her role in the fairy-tale prophecy. Animals despise her, she can't carry a merry tune, and she has zero social graces. Worse, the king whom she is supposed to enchant is the newly crowned sovereign of the winged warriors known as the Avian--and he despises her, too.

When Ashleigh develops a terrifying magical ability to commune with dragons and create fire from air--a power she cannot control--she must work with King Saxon to save their kingdoms and their lives. By the stroke of midnight, she must warm his icy heart--or forever break her own. Will Ashleigh ever become the queen she's prophesied to be, or will she lose everything she's come to love?﻿