Billy the Smart Turtle and the Cruel Lioness (Hardcover) 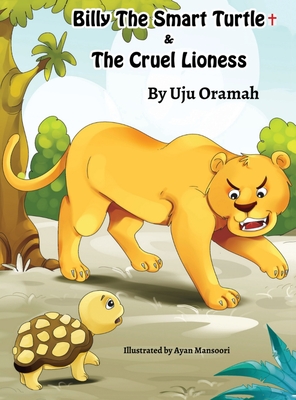 Billy the Smart Turtle and The Cruel Lioness

A long time ago, a cold-hearted lioness ruled the animal kingdom. She spent her life preying on animals. She was so cruel that she never felt sorry for her prey. She grew old and became weak, and so weak that walking and hunting became hurtful for her. The animals of the great kingdom were relieved because the lioness could no longer hurt them.

"I'll find a way; my weakness won't stop me from getting food " She thought.

Her way was to eat the animal kingdom kids by making the parents send their kids to her.

"How many times does something need to happen to you before you learn?"

Billy, her last child gave her the response that pleased her. For that reason, she sent him to spend some days with the lioness as she requested. In hiding, other animals waited in fear of what might happen to Billy at Lion's den.