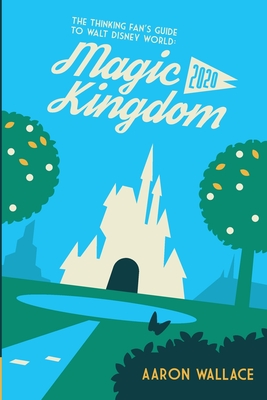 The Thinking Fan's Guide is a different kind of guidebook that leaves out the usual ephemera on trip planning, ticket prices, restaurants, and shopping to concentrate on what visitors to Magic Kingdom come to see--the rides and shows. Wallace provides a lighthearted but scholarly look at each attraction in the Magic Kingdom's Adventureland, Frontierland, Liberty Square, Fantasyland, Tomorrowland, and Main Street, U.S.A., including the parades and fireworks show. Far from being mere "amusements," these attractions provide a complex, multi-layered narrative that can be experienced and appreciated just like a great novel, play, or film. The book will fascinate Disney buffs with the surprising insights into old favorites while offering newcomers to the Disney magic a much richer experience during their first Disney days.

This updated third edition, new for 2020, adds coverage of The Muppets Present... Great Moments in American History, the new Happily Ever After fireworks, and the Trump-era Hall of Presidents. Additionally, Wallace has written brand-new entries for Pirates of the Caribbean and Walt Disney's Carousel of Progress, diving much deeper than the previous editions did. Other expanded and revised entries include: Jungle Cruise, Dumbo the Flying Elephant, and Cinderella Castle.

The book has been updated from front to back to reflect the very latest at Walt Disney World. The 2020 edition also sports gorgeous new cover art and an all-new layout. Those who read Wallace's first edition of The Thinking Fan's Guide to Walt Disney World: Magic Kingdom will also find the new entries that were previously added for the book's 2nd Edition: Seven Dwarfs Mine Train, Enchanted Tales with Belle, Under the Sea - Journey of The Little Mermaid, Disney Festival of Fantasy Parade, and the expanded Peter Pan's Flight entry.

"The Thinking Fan's Guide is insanely readable. Through personal experiences and opinions, Wallace is able to keep the reader grounded in the real world, while still taking time to look back at the history of the attraction." -- Andrew Tipton, Disney Hipster Blog

"Regardless of how many times you have personally visited, ...this book will not only increase your knowledge of the rich history and all the great attractions that the Magic Kingdom Park offers, but will also entertain you and give you an overview of the park you love... from another fan's perspective." -- Sam Carta, Orlando Theme Park News

"Having been a former Magic Kingdom Cast member, I was doubtful when Wallace's introduction boasted that even I, a 'Disney Freak, ' would learn something new. Silly me because I certainly did. ... Wallace says that if he's done his job right, readers will never think of theme parks the same way again. That's true, but few could come to the same brilliant conclusions that Wallace has. ... I feel that this is required reading for anyone who has ever been enthralled by their adventures inside Magic Kingdom. (Alex Reif, Laughing Place.com)

"I have to say this might be my favorite Disney book to date ... I love Aaron Wallace's writing style. It's intelligent, with a hint of humorous mixed in for good measure." (Heidi Strawser, Book review blogger, Heidi-Strawser.com)