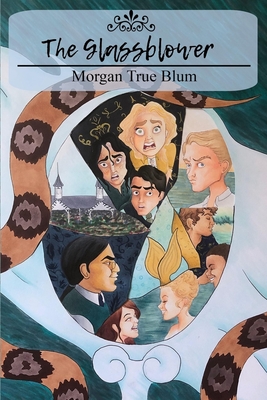 Spring 1925. Only four months have passed since Pasha's failed attempt to catch the Firebird, and already the Ecliptic Council has set a date for his hearing to decide whether or not Pasha is eligible to ascend the throne. With Pasha's court date quickly approaching, Samael is making every attempt to sabotage the heir's reign before he ever sets foot in the palace, with special emphasis on Pasha's former involvement with the New York street gang called the Breadwinners. What's worse, Staccato Nimbus is withholding dangerous secrets from Pasha, secrets that, if exposed, would threaten his claim to the throne far more than his bootlegging past.While the Ecliptic Council grills Pasha's mother Lydia to determine whether or not she really is King Bruin's offspring, Staccato sends Pasha and Faina on a dangerous mission to retrieve a stolen artifact from an undercover C.O.N. member posing as an art racketeer in the city of Louisville, Kentucky. While staying at the historic Seelbach Hotel, Pasha and Faina are introduced to their target, Dr. Edom Cottonmouth, who, amongst his many other illicit activities, runs an illegal blood bank out of his snake infested basement and administers unauthorized transfusions to those in need. When Pasha decides to stake his luck against Cottonmouth in a horserace, he soon discovers that the doctor is tied to a woman more dangerous than himself.