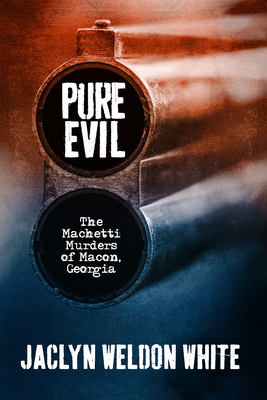 Rebecca and Ronald Akins and their three daughters appeared to be a typical suburban family in 1970 Macon, Georgia, but the attractive facade hid a family in crisis. The girls suffered physical and emotional abuse at the hands of their mother. Although he worked two, sometimes three, jobs, Ronnie was never able to provide Becky with the money and lifestyle she wanted. After their 1974 divorce, Becky took the children to South Florida where she pursued a life of gambling and partying while her daughters were left to fend for themselves. But she wasn't content just living the high life in the tropical sun. Fueled by popular books and films, she wanted to live in what she believed was the exciting world of organized crime. So eager was she to do so that she changed her name and her daughters's to Machetti, a name she believed to be appropriate for the Mafia. In only a few months, she found not one, but two, men who joined her in her murderous fantasy which culminated in two deaths. The resulting legal proceedings went on for more than a decade and the Akins's three daughters were right in the middle of it, torn between fear of their mother and the desire to tell the truth. This is the story of Rebecca Machetti, a cold-blooded woman whose prosecutor described as "pure evil" and her three daughters who lived through years of abuse before finally finding peace and normal lives.