Norwegians and Swedes in the United States: Friends and Neighbors (Paperback) 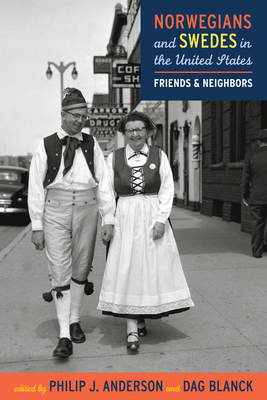 To early American immigrants, nineteenth-century newcomers from the Scandinavian peninsula likely seemed all of a type. to immigrants hailing from Norway and Sweden, however, differences in language, culture, and religion sorted them into distinct groupings: not Scandinavian, but Norwegian or Swedish—and proud of their lineage.

How did these differences affect relationships in the new world? In what ways did Swedes and Norwegians preserve their cultures in the city and in rural areas? On what political subjects did they disagree—or perhaps agree? Did they build communities together or in opposition to each other? Where they were neighbors, were they also friends? In this groundbreaking volume, scholars from the United States, Sweden, Norway, and Denmark debate these issues
and more, sharing perspectives on context, culture, conflict, and community.