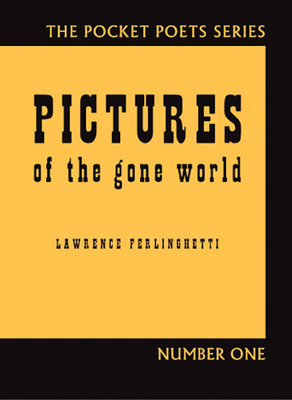 Lawrence Ferlinghetti has influenced American culture like few other poets. But in 1955, shortly before he would gain fame as the beloved author of A Coney Island of the Mind, he was an unpublished and mostly unknown poet. He launched City Lights Publishers that year with a five-hundred-copy letterpress edition of Pictures of the Gone World, Number One in the Pocket Poets Series. A classic collection of early work, Pictures includes many of Ferlinghetti's most iconic poems. This limited edition sixtieth anniversary hardcover restores the book to its original selection with the addition of eighteen new verses, and is a must for collectors and fans.

Lawrence Ferlinghetti is a poet, painter, and founder of City Lights Booksellers & Publishers.

A prominent voice of the wide-open poetry movement that began in the 1950s, Lawrence Ferlinghetti has written poetry, translation, fiction, theater, art criticism, film narration and essays. Often concerned with politics and social issues, Ferlinghetti's poetry countered the literary elite's definition of art and the artist's role in the world. He is the author of A Coney Island of the Mind, America's most popular book of poetry and, most recently, Time of Useful Consciousness. He is also a lifelong painter and publisher, and the co-founder and owner of City Lights Booksellers and Publishers in San Francisco, California.