Devils Walking: Klan Murders Along the Mississippi in the 1960s (Hardcover) 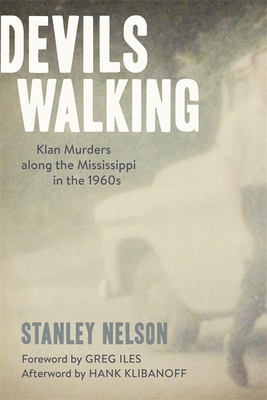 Devils Walking stands as an important milestone in the ongoing struggle to create justice from truth, and perhaps even reconciliation in a nation that must collectively move in this direction or face an uncertain future."--David Ridgen, Canadian filmmaker and director of award-winning documentary Mississippi Cold Case

After midnight on December 10, 1964, in Ferriday, Louisiana, African American Frank Morris awoke to the sound of breaking glass. Outside his home and shoe shop, standing behind the shattered window, Klansmen tossed a lit match inside the store, now doused in gasoline, and instantly set the building ablaze. A shotgun pointed to Morris's head blocked his escape from the flames. Four days later Morris died, though he managed in his last hours to describe his attackers to the FBI. Frank Morris's death was one of several Klan murders that terrorized residents of northeast Louisiana and Mississippi, as the perpetrators continued to elude prosecution during this brutal era in American history. In Devils Walking: Klan Murders along the Mississippi in the 1960s, Pulitzer Prize finalist and journalist Stanley Nelson details his investigation--alongside renewed FBI attention--into these cold cases, as he uncovers the names of the Klan's key members as well as systemized corruption and coordinated deception by those charged with protecting all citizens.
Devils Walking recounts the little-known facts and haunting stories that came to light from Nelson's hundreds of interviews with both witnesses and suspects. His research points to the development of a particularly virulent local faction of the Klan who used terror and violence to stop integration and end the advancement of civil rights. Secretly led by the savage and cunning factory worker Red Glover, these Klansmen--a handpicked group that included local police officers and sheriff's deputies--discarded Klan robes for civilian clothes and formed the underground Silver Dollar Group, carrying a silver dollar as a sign of unity. Their eight known victims, mostly African American men, ranged in age from nineteen to sixty-seven and included one Klansman seeking redemption for his past actions. Following the 2007 FBI reopening of unsolved civil rights-era cases, Nelson's articles in the Concordia Sentinel prompted the first grand jury hearing for these crimes. By unmasking those responsible for these atrocities and giving a voice to the victims' families, Devils Walking demonstrates the importance of confronting and addressing the traumatic legacy of racism.

The investigative work of Concordia Sentinel editor Stanley Nelson made him a finalist for the 2011 Pulitzer Prize in Local Reporting and has been featured in the New York Times, Washington Post, Los Angeles Times, and on CNN and NPR. Winner of the Payne Award for Ethics in Journalism from the University of Oregon School of Journalism and Communication, among many other honors, Nelson was one of seven reporters featured in the Columbia Journalism Review's 50th anniversary issue, "The Art of Great Reporting."