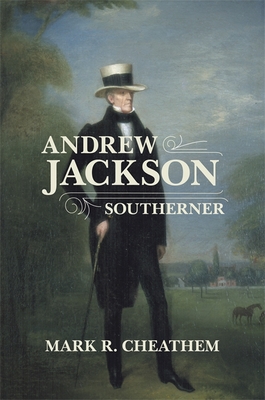 Winner of the 2013 Tennessee History Award
Many Americans view Andrew Jackson as a frontiersman who fought duels, killed Indians, and stole another man's wife. Historians have traditionally presented Jackson as a man who struggled to overcome the obstacles of his backwoods upbringing and helped create a more democratic United States. In his compelling new biography of Jackson, Mark R. Cheathem argues for a reassessment of these long-held views, suggesting that in fact Old Hickory lived as an elite southern gentleman.
Jackson grew up along the border between North Carolina and South Carolina, a district tied to Charleston, where the city's gentry engaged in the transatlantic marketplace. Jackson then moved to North Carolina, where he joined various political and kinship networks that provided him with entr�e into society. In fact, Cheathem contends, Jackson had already started to assume the characteristics of a southern gentleman by the time he arrived in Middle Tennessee in 1788.
After moving to Nashville, Jackson further ensconced himself in an exclusive social order by marrying the daughter of one of the city's cofounders, engaging in land speculation, and leading the state militia. Cheathem notes that through these ventures Jackson grew to own multiple plantations and cultivated them with the labor of almost two hundred slaves. His status also enabled him to build a military career focused on eradicating the nation's enemies, including Indians residing on land desired by white southerners. Jackson's military success eventually propelled him onto the national political stage in the 1820s, where he won two terms as president. Jackson's years as chief executive demonstrated the complexity of the expectations of elite white southern men, as he earned the approval of many white southerners by continuing to pursue Manifest Destiny and opposing the spread of abolitionism, yet earned their ire because of his efforts to fight nullification and the Second Bank of the United States.
By emphasizing Jackson's southern identity -- characterized by violence, honor, kinship, slavery, and Manifest Destiny -- Cheathem's narrative offers a bold new perspective on one of the nineteenth century's most renowned and controversial presidents.

Mark R. Cheathem is an associate professor of history at Cumberland University and the author of Old Hickory's Nephew: The Political and Private Struggles of Andrew Jackson Donelson.