Cold War in a Cold Land: Fighting Communism on the Northern Plains (Hardcover) 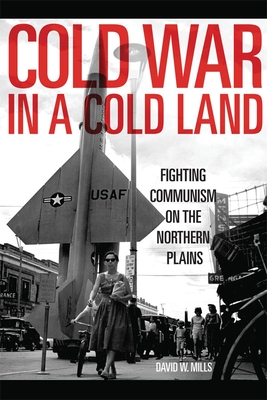 Most communists, as any plains state patriot would have told you in the 1950s, lived in Los Angeles or New York City, not Minot, North Dakota. The Cold War as it played out across the Great Plains was not the Cold War of the American cities and coasts. Nor was it tempered much by midwestern isolationism, as common wisdom has it. In this book, David W. Mills offers an enlightening look at what most of the heartland was up to while America was united in its war on Reds. Cold War in a Cold Land adopts a regional perspective to develop a new understanding of a critical chapter in the nation's history. Marx himself had no hope that landholding farmers would rise up as communist revolutionaries. So it should come as no surprise that in places like South Dakota, where 70 percent of the population owned land and worked for themselves, people didn't take the threat of internal subversion very seriously. Mills plumbs the historical record to show how residents of the plains states--while deeply patriotic and supportive of the nation's foreign policy--responded less than enthusiastically to national anticommunist programs. Only South Dakota, for example, adopted a loyalty oath, and it was fervently opposed throughout the state. Only Montana, prodded by one state legislator, formed an investigation committee--one that never investigated anyone and was quickly disbanded. Plains state people were, however, "highly churched" and enthusiastically embraced federal attempts to use religion as a bulwark against atheistic communist ideology. Even more enthusiastic was the Great Plains response to the military buildup that accompanied Cold War politics, as the construction of airbases and missile fields brought untold economic benefits to the region. A much-needed, nuanced account of how average citizens in middle America experienced Cold War politics and policies, Cold War in a Cold Land is a significant addition to the history of both the Cold War and the Great Plains.