Idol Limerence: The Art of Loving BTS as Phenomena (Paperback) 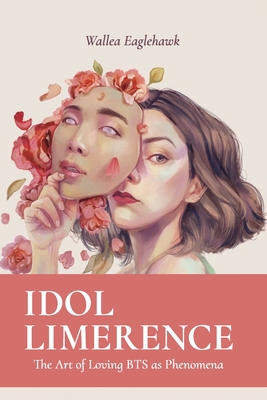 Written by emerging avant-garde theorist and cultural critic, Wallea Eaglehawk, this cross-genre book explores the phenomenal relationship between K-pop group BTS and their fandom, ARMY. Eaglehawk delves deep into the socially constructed, intimate relationships between South Korean idols and their fans to contextualise her transformative, revolutionary theory of idol limerence.

Eaglehawk builds on Dorothy Tennov's psychological concept of limerence, an all-consuming love and emotional attachment to another person. With the introduction and theorising of the self-reflexive, socially constructed idol persona, Eaglehawk brings limerence into the 21st century and places it in the realms of social studies for the first time. Within the theory of idol limerence lies the answers for how relationships with idols are formed and maintained, and also the transformational and revolutionary capacity of fandoms around the world.

Teamed with her groundbreaking research and theorising is the fictitious narrative of Echo, a young millennial woman who finds herself falling in love with BTS from across the vastness of the internet. This book seamlessly weaves social theory and a love story which spans this universe, and the next. Idol Limerence is bridging the gap between scholarly and general audiences with a book of introspection, healing and universal experiences. This book provides a study of the microcosm of humankind with the relationship between Echo and BTS leader, RM, who guides her through exploring the inner workings of her psyche to the beat of a BTS song.