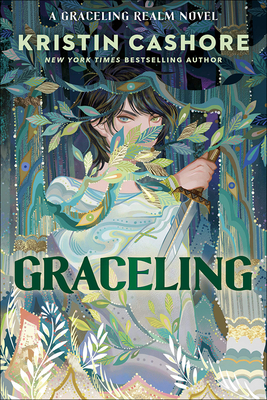 “In a world where some people are born with extreme and often feared skills -- called Graces -- Katsa struggles for redemption from her own horrifying Grace, that of killing, and teams up with another young fighter to save their land from a corrupt king. Action-packed and featuring a strong, feisty girl.”
— Kristi Tiedt, Butterfly Books, De Pere, WI

Katsa has been able to kill a man with her bare hands since she was eight--she's a Graceling, one of the rare people in her land born with an extreme skill. As niece of the king, she should be able to live a life of privilege, but Graced as she is with killing, she is forced to work as the king's thug. When she first meets Prince Po, Graced with combat skills, Katsa has no hint of how her life is about to change. She never expects to become Po's friend. She never expects to learn a new truth about her own Grace--or about a terrible secret that lies hidden far away . . . a secret that could destroy all seven kingdoms with words alone."