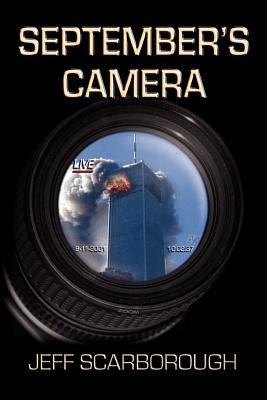 Jeff Scarborough was the only cameraman on duty at WNBC's newsroom in New York when the attacks of 9/11 began. Armed with privileged information from the '93 attack on the World Trade Center-realizing both towers were doomed-Jeff pulled out of an emergency convoy just short of the WTC as he and reporter Rob Morrison approached the burning towers. Taking charge at the scene, Jeff ordered live-truck engineer Eddie Alonzo to stay 500 feet away and told all responding crews to back-off-dangerously becoming NBC's sole cameraman broadcasting live from Ground Zero. He permitted only the live-shot reporter to join him at his camera position-and during their live broadcast, the South Tower collapsed. They ran for their lives; Jeff rescued Eddie and stayed to videotape the panic and the North Tower collapse. September's Camera is the story of that fateful day, and of a career lived on the edge of danger-as Jeff's lens captured conflict, urban riots, blackouts, serial killers, plane crashes and human frailty in all its forms.