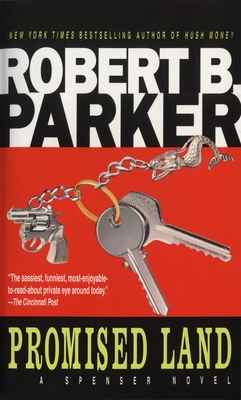 This is book number 4 in the Spenser series.

Spenser is good at finding things. But this time he has a client out on Cape Cod who is in over his head. Harvey Shepard has lost his pretty wife -- and a very pretty quarter million bucks in real estate. Now a loan shark is putting on the bite.Spenser finds himself doing a slow burn in the Cape Cod sun. The wife has turned up as a hot suspect in a case of murder one...the in-hock hubby has 24 hours before the mob makes him dead...and suddenly Spenser is in so deep that the only way out is so risky it makes dying look like a sure thing.
"Spenser is the sassiest, funniest, most-enjoyable-to-read private eye around today." (The Cincinnati Post)