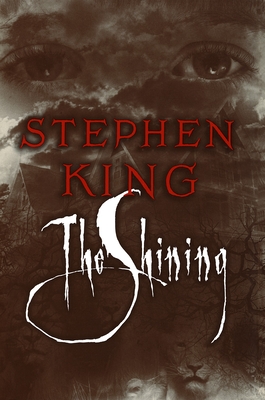 #1 NEW YORK TIMES BESTSELLER • Before Doctor Sleep, there was The Shining, a classic of modern American horror from the undisputed master, Stephen King.

Jack Torrance’s new job at the Overlook Hotel is the perfect chance for a fresh start. As the off-season caretaker at the atmospheric old hotel, he’ll have plenty of time to spend reconnecting with his family and working on his writing. But as the harsh winter weather sets in, the idyllic location feels ever more remote . . . and more sinister. And the only one to notice the strange and terrible forces gathering around the Overlook is Danny Torrance, a uniquely gifted five-year-old.

STEPHEN KING is the author of more than sixty books, all of them worldwide bestsellers. His recent work includes If It Bleeds, The Institute, Elevation, The Outsider, Sleeping Beauties (cowritten with his son Owen King), and the Bill Hodges trilogy: End of Watch, Finders Keepers, and Mr. Mercedes (an Edgar Award winner for Best Novel and an AT&T Audience Network original television series). His novel 11/22/63 was named a top ten book of 2011 by The New York Times Book Review and won the Los Angeles Times Book Prize for Mystery/Thriller. His epic works The Dark Tower, It, Pet Sematary, and Doctor Sleep are the basis for major motion pictures, with It now the highest grossing horror film of all time. He is the recipient of the 2018 PEN America Literary Service Award, the 2014 National Medal of Arts, and the 2003 National Book Foundation Medal for Distinguished Contribution to American Letters. He lives in Bangor, Maine, with his wife, novelist Tabitha King.

“Scary! . . . Serves up horrors at a brisk, unflagging pace.” —The New York Times

“This chilling novel will haunt you, and make your blood run cold and your heart race with fear.” —Nashville Banner

“Guaranteed to frighten you into fits. . . . with a climax that is literally explosive.” —Cosmopolitan

“The most wonderfully gruesome man on the planet.” —USA Today

“An undisputed master of suspense and terror.” —The Washington Post

“He’s the author who can always make the improbable so scary you’ll feel compelled to check the locks on the front door.” —The Boston Globe