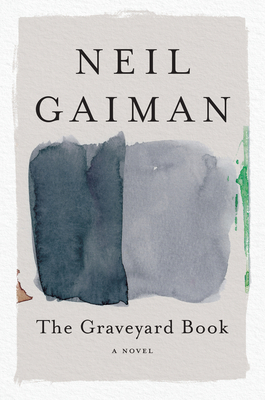 From #1 New York Times bestselling author Neil Gaiman, an ingenious and captivating reimagining of Rudyard Kipling’s adventure The Jungle Book that is a glorious meditation on love, loss, survival, sacrifice, and what it means to truly be alive―one of ten classic Gaiman works repackaged with elegant original watercolor art by acclaimed artist Henry Sene Yee.

Nobody Owens, known to his friends as Bod, is a normal boy. He would have been completely normal if he didn’t live in a sprawling graveyard, being raised and educated by ghosts, with a solitary guardian who belongs to neither the world of the living nor of the dead. There are dangers and adventures in the graveyard for a boy—an ancient Indigo Man beneath the hill, a gateway to a desert leading to an abandoned city of ghouls, the strange and terrible menace of the Sleer. But if Bod leaves the graveyard, then he will come under attack from the man Jack—who has already killed Bod’s family. . .

By turns macabre, uplifting, sinister, and heartwarming, Neil Gaiman’s #1 national bestseller―winner of the Carnegie and Newbury Medals and the Hugo Award―is a “novel of wonder . . . a tale of unforgettable enchantment” (New York Times Book Review).

Dave McKean is best known for his work on Neil Gaiman's Sandman series of graphic novels and for his CD covers for musicians from Tori Amos to Alice Cooper. He also illustrated Neil Gaiman's picture books The Day I Swapped My Dad for Two Goldfish, The Wolves in the Walls, and Crazy Hair. He is a cult figure in the comic book world, and is also a photographer.

“The Graveyard Book, by turns exciting and witty, sinister and tender, shows Gaiman at the top of his form. In this novel of wonder, Neil Gaiman follows in the footsteps of long-ago storytellers, weaving a tale of unforgettable enchantment.” — New York Times Book Review

“The Graveyard Book feels like the careful work of an old craftsman.” — Newsday

“The invention of immortal folk who readers feel they might like to kick back with may be this prolific, tousle-haired, ex-pat British author’s contribution to world literature.” — National Public Radio

“It’s hard to think of a more delightful and scary place to spend 300 pages.” — The Guardian

“This brief, dark, savoury adventure deserves to become a modern classic of children’s writing: it has more mystery, excitement and wisdom in a single chapter than all the soap-operatic dilemmas, empty acrobatics and moral dogmatism in those thousands of pages of Potter franchise.” — The Independent

“Wistful, witty, wise—and creepy. This needs to be read by anyone who is or has ever been a child.” — Kirkus Reviews (starred review)

“The Graveyard Book is everything everyone loves about Neil Gaiman, only multiplied many times over, a novel that showcases his effortless feel for narrative, his flawless instincts for suspense, and above all, his dark, almost silky sense of humor. — Joe Hill, author of Heart-Shaped Box

“I wish my younger self could have had the opportunity to read and re-read this wonderful book, and my older self wishes that I had written it.” — Garth Nix, author of The Abhorsen Trilogy

“The Graveyard Book confirms what I’ve always thought: Neil Gaiman is a literary genius!” — James Herbert, author of THE SECRET OF CRICKLEY HALL

“The Graveyard Book is endlessly inventive, masterfully told and, like Bod himself, too clever to fit into only one place. This is a book for everyone. You will love it to death.” — Holly Black, co–creator of The Spiderwick Chronicles