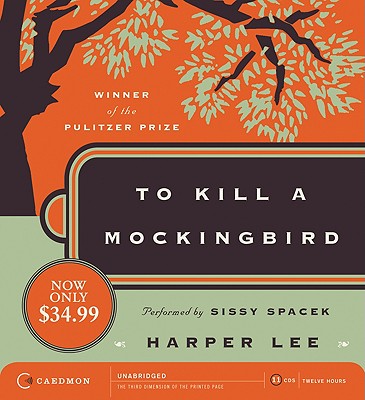 One of the most cherished stories of all time, To Kill a Mockingbird has been translated into more than forty languages, sold more than forty million copies worldwide, served as the basis for an enormously popular motion picture, and was voted one of the best novels of the twentieth century by librarians across the country. A gripping, heart-wrenching, and wholly remarkable tale of coming-of-age in a South poisoned by virulent prejudice, it views a world of great beauty and savage inequities through the eyes of a young girl, as her father—a crusading local lawyer—risks everything to defend a black man unjustly accused of a terrible crime.

Harper Lee was born in 1926 in Monroeville, Alabama. She is the author of the acclaimed To Kill a Mockingbird and Go Set a Watchman, which became a phenomenal #1 New York Times bestseller when it was published in July 2015. Ms. Lee received the Pulitzer Prize, the Presidential Medal of Freedom, and numerous other literary awards and honors. She died on February 19, 2016.

Sissy Spacek has been one of film's most respected actresses for more than three decades. Her many honors include an Academy Award®(Coal Miner's Daughter), five additional Oscar® nominations (Carrie, Missing, The River, Crimes of the Heart, and In the Bedroom), three Golden Globe Awards and numerous critics awards. Some of Spacek's other film credits include Raggedy Man (directed by husband Jack Fisk), A Home at the End of the World, The Straight Story, Affliction, Badlands, and The Long Walk Home.